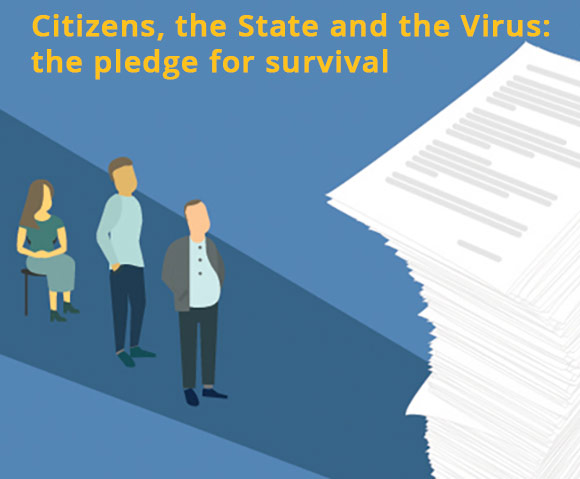 You are cordially invited to the free EBN Webinar Citizens, the State and the Virus: a pledge for survival. The event will take place on Thursday, 18th of June at 09.00.

The lock-down has raised urgent questions all over the world. Some governments have responded promptly and prudently. Germany, Switzerland and others have embraced people in the lock-down sectors by far-reaching compensations. Lithuanian government engaged the country into an all-embracing debate: whether the state should support private citizens and enterprises or let them struggle for survival, so that “the fittest will subsist”.

Lithuanian Free Market Institute (LFMI) recognized that only centering on the key question may bring the solution. What is the cause of responsibility of the state before its citizens? Restriction of using private property, including people’s hands, contacts and contracts, our mutual duties and responsibilities – this approach unlocks the lock-down dilemma.

Elena Leontjeva will elaborate on why such an approach is essential, why it saves human dignity and citizens’ relationship with the state and is indispensable for the future lock-downs. 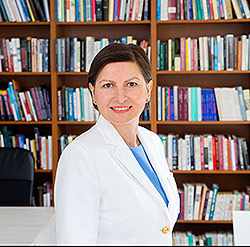 Elena Leontjeva is co-founder and President of the Lithuanian Free Market Institute (LFMI). Elena led LFMI from its inception until 2001 and returned to serve as the organisation’s president in early 2020. Elena Leontjeva played a key role in building the legal and institutional foundations for Lithuania’s economy, including the Currency Board and the Litas Credibility Law, the securities market, banking, tax and budget reforms, private pension insurance, downsizing state functions and deregulation known as the Sunset and Sunrise initiatives.

She served as senior economic advisor to President Valdas Adamkus and state counsellor on economic reform issues under six administrations. She has originated and led an interdisciplinary project Scarcity, Morality and Public Policy and co-created a documentary Sublime Thirst.

At the start of this year 2020 Elena finished writing a novel.

Please confirm your attendance by Tuesday, 16th of June to migle@ebn.lt. This event is free for EBN members and non-members but registration is mandatory. We will send you an invitation to the webinar by email 1 day in advance.If you want to become a member now, please go to Join the EBN.