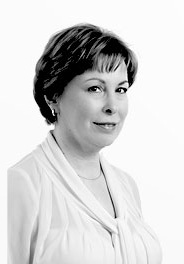 Mrs. D. Foigt - Norvaišienė started her speech with an overview of all legal regulations concerning the employment relations in Lithuania. Such as the most important statuary laws: Labour Code and Occupational Safety and Health Law. In addition, she mentioned individual employment contracts, collective bargaining agreements (CBA) and local acts, which, according to her, cannot worsen employee’s situation comparing to that prescribed by law.

Then Mrs. D. Foigt - Norvaišienė proceeded to the recent changes in Lithuanian Labour Code introduced by Lithuanian parliament since June till November of 2012, which have or would have an impact on the employers. These are a supplementation of the provisions aiming to fight against illegal work. The employer is obliged to notify State Social Insurance Fund (SODRA) one day before the actual employment starts, and employee should start his or her employment the next day after entering into employment agreement.

Moreover, a special provision was included with regard to the employment of foreigners from the third countries. For example, one day before the conclusion of the employment contract the employer must request to present a residential permit – a copy of which has to be kept during the employment.

Mrs. D. Foigt - Norvaišienė also glanced into the future of the Labour Code regulations. According to her, in summer of 2013 a next block of changes, relating the settlement of labour disputes, should be introduced. For example, labour disputes will be settled by courts of law and by the labour dispute board and then labour dispute board will consist of three members, representing employees and employers associations.

In such situation, employee, who disagrees with suspension from work and/or termination of employment may within one month’s period apply to the court of law. If the complaint is successful, a salary and other payments to the employee might be awarded for the period of no longer than three years or decisions of Labour dispute boards or courts of law on reinstatement of the employee might be executed with an immediate effect.

Another major change, introduced by the Parliament on 28 of June, 2012 was an amendment regarding regulation of minimal monthly salary (MMS). It was raised to 1000 Lt per month. However, upon proposal of the three partial board, the Government may introduce different MMS for different regions, branches of industry and different groups of employees.

Lastly, the non-discrimination grounds have been widened. Now it will be forbidden to terminate the employment on the initiative of the employer due to the intention of the employee to have children or due to the reason that potential employee belongs to some association.

After the presentation Mrs. D. Foigt kindly agreed to answer a couple of questions.

Who will benefit the most from the new Labour Code amendments?

In your opinion, how the increase in the minimum monthly wage (MMW) will influence the country’s economy? How will it change work relations?

I want to stress that one of the newest changes in the Labour Code says, that the Government and not the Parliament will determine the size of MMW. Also, in that change it is provided that the Government can consider the recommendations from the tri-council and establish different MMWs for different categories of workers or regions, etc. I think this allows, on one hand, to reduce the social injustice in a flexible and balanced way, and on the other hand, not to ruin traditional businesses which use a lot of unskilled labour. It’s a shame that this amendment hasn’t been used yet.

How will the new changes adjust newly signed or extendible working contracts?

I don’t think that there will be any direct impact on these.

Will the new changes in the labour relations law help solving problems of qualified labour shortage and unemployment?

I don’t think that this is the area of labour relations law. It’s a sphere of allowances and simulative taxes.