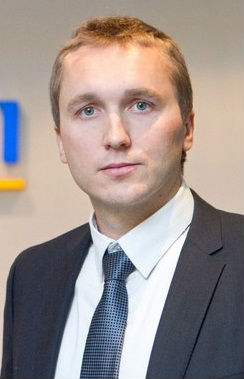 On November 29th European Business Network held a networking event at the Dutch residency, where the CEO of the main news portal in Lithuania “DELFI” Mr. Aleksandras Česnavičius gave a presentation which topics was “Media sector: current situation and challenges”.

In his speech A. Česnavičius presented some details about himself: he is 37 years old, married, and has a PhD in Sociology. Before joining “DELFI” he worked in television for 11 years.

Later he compared television and internet in relation to content production. According to A. Česnavičius, an internet broadcaster can transmit only through internet TV and mobile devices. However, content is the king.

Moreover, the trend of second screen or simultaneous use of other devices is growing and a social activity during the shows can become a source for rewards, therefore many media companies simply follow the money.

The key trends and challenges in Lithuania, according to Mr. Česnavičius, are:

In television: slashed prices when the crisis of 2008 came, increased fragmentation of TV channels, etc.

Mr. Aleksandras Česnavičius ended his presentation with a slide which showed that online media groups are becoming larger, with the biggest of them – DELFI media group.